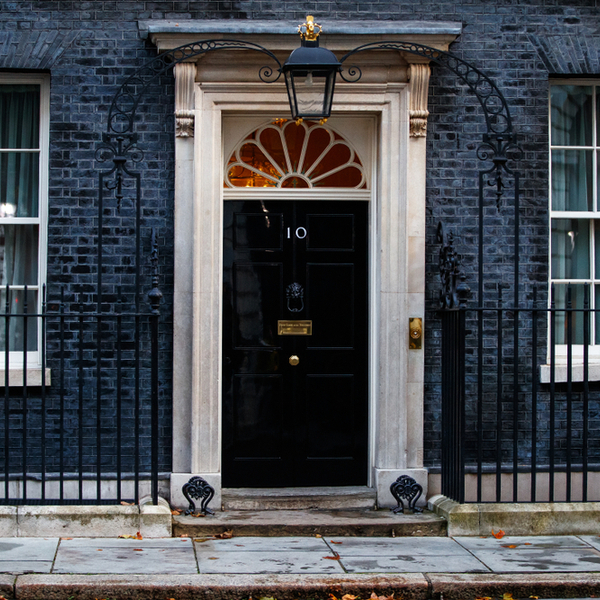 British politics over the last few months has certainly been turbulent. In the last four months, there have been three prime ministers, four chancellors, and countless U-turns. So, it’s not surprising that households have been struggling to keep up with what’s happening and what it means for their finances.

Less than three years after a landslide victory, former prime minister Boris Johnson resigned after a mass resignation of ministers in his government. The contest for Conservative leadership saw Liz Truss named prime minister, but her tenure lasted less than two months – making her the shortest-serving prime minister in 300 years of British history.

While short, Truss’s tenure was eventful, including presiding over a national mourning period for Queen Elizabeth II. Announcing she wanted to “hit the ground running”, Truss and former chancellor Kwasi Kwarteng announced a mini-Budget, but the effects were anything but mini.

The controversial and aggressive tax cuts they announced led to market volatility. The decision to abolish the additional-rate Income Tax band, which has since been reversed, was particularly polarising. The International Monetary Fund warned the measures could increase inequality.

Amid volatility, the Bank of England was forced to buy bonds to stabilise their prices after market movements put some pension schemes at risk.

Hastily, U-turns were made. The government has scrapped or significantly scaled back many of the announcements made during the mini-Budget.

After 38 days in office, Kwarteng was sacked and replaced by Jeremy Hunt, making him the second shortest-serving chancellor.

Truss wasn’t far behind Kwarteng, and after just seven weeks as prime minister she resigned. She stated she could not “deliver the mandate” on which the Conservative Party elected her.

A YouGov poll found that days before her resignation, just 1 in 10 Brits had a favourable opinion of Truss. It found she was substantially less popular than her predecessor, the chancellor, or her leadership rivals.

During this political turmoil, announcements and market movements may affect your finances. If you’re worried or unsure how to respond, here are four things to keep in mind.

4 things to remember during times of political uncertainty

Following a political announcement, you may feel like you need to act straightaway to take advantage of the change.

However, keep in mind that the effects following an announcement are rarely immediate. Changes to tax rates or allowances, for example, will typically start at the beginning of a new tax year. This gives the government and organisations time to update processes.

It also means you typically don’t need to make knee-jerk decisions. Instead, you can take some time to carefully look at the changes and understand how they could affect your financial plan.

2. Understand what each announcement means for you

If you’re reading about changes in the news, remember the examples they will often use to highlight the change will be extremes – showing the people that benefit or lose the most.

For example, calculations showing the effects of Kwarteng’s Income Tax changes focused on those that would have had the biggest tax break, or those that would see their tax liability increase. Most people, however, will be somewhere between these two extremes.

So, the outcomes may not be as dramatic as you first think. In some cases, the changes may not affect you at all.

Before you act on changes, it’s important to understand what they mean in the context of your financial plan and goals.

While political uncertainty can be a cause for concern, focus on your long-term plans.

Politics can have a direct effect on your financial plan in the form of tax or allowance changes. It can also have an indirect impact, such as investment markets responding to news and affecting the performance of your portfolio.

It can be tempting to respond to market movements and try to guess how markets will respond ahead of announcements. However, markets are unpredictable and it could mean you miss out on returns if you guess incorrectly. Having a long-term investment plan that’s tailored to you makes sense for most investors.

So, instead of changing your investment portfolio regularly, have a strategy that aims to deliver growth over years. Look at the overall performance, rather than how the value has changed each day or even week.

If you do want to make changes to your financial plan or simply want to ensure you’re still on track, schedule a financial review with us.

A complete review can highlight opportunities that you may be missing out on and give you confidence that the financial steps you’re taking are appropriate for your goals. As your financial planner, we’re here to make sure your financial plan continues to work for you, even amid political uncertainty.

Please note: This blog is for general information only and does not constitute advice. The information is aimed at retail clients only.

The value of your investment can go down as well as up and you may not get back the full amount you invested. Past performance is not a reliable indicator of future performance.